The Search Party by Simon Lelic

The entire town thinks Sadie Saunders is dead. Missing now for a week, they say she was murdered. And they think they know who did it. Aware of the suspicion that surrounds them – and one of them in particular – Sadie’s five best friends vow to find out the truth. So they pack their bags and set off for the woods where Sadie was last seen.

But what starts as a search quickly turns into something more sinister. Each of them has a secret, and they all know more about Sadie’s past than they are willing to admit. As the landscape opens up, and the darkness closes in, the reality of their situation begins to dawn on them.

It was never really a search party. It was a witch hunt. And not everyone is going to make it home. 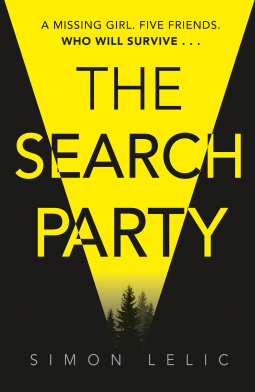 I really tried to enjoy this book but for me it was marred by the POV of the teenagers. A stroppy lot who turn on each other at the drop of a hat in spite of being so-called best friends. It’s a shame because I really liked Detective Inspector Fleet. His relationships with his work partner Nicky, his soon to be ex-wife Holly and his mother. All that was great but the parts told by each of the teenagers in their annoying ‘voices’ (each tells their own side of the story and didn’t they go on and on) kept reminding me of the video footage in the Blair Witch Project – remember that film? I got so annoyed with them that I was hoping they’d all disappear and never come back. Maybe not literally….

And then the ending. I was hoping for something really sinister. Far darker and deeper. Sorry but even though I finished it in record time I am not sure whether I just wanted to get it over with. In reality it’s a very good book. Just not for me I’m afraid.

Thanks to Netgalley for an ARC in exchange for an honest review.