The Pupil by Ros Carne

She wants to learn everything – about you.

Mel has practised law for twenty years. She is well-regarded by her peers. Her clients are happy. But behind the scenes her life is disordered. Her son grows increasingly distant from her. The married man she is sleeping with fails to give her what she needs.

When a trainee lawyer is allocated to Mel it is poor timing. The last thing she wants is a pupil watching her every move. And Natasha does watch. She sees each detail – and every mistake. Mel cannot shake the feeling that Natasha isn’t just learning the job. She is learning Mel.

Natasha is good at getting what she wants, and now Mel has the power to give her all she desires. But when Mel chooses not to, Natasha knows just what Mel’s vulnerabilities are – and how to turn them against her. Mel’s secrets could ruin her. But who will be believed?

The Pupil is a first rate psychological thriller with a believable cast of characters, all of whom are hiding secrets – just some are more deadly than others.

Mel has been a barrister for 20 years. She is clever and successful but her private life is a bit of a mess. Divorced from Claude, the father of her moody 16-year old son Jacob, she feels she is drifting away from him and doesn’t know how to put it right. She is also having an affair with lecturer Paul Freedman but she knows he is never going to leave his wife so is on a hiding to nowhere.

Then along comes Natasha. Mel takes her on as her ‘pupil’ but has no idea what trouble it’s going to cause. Natasha is a complex character and a not very likeable one. At 30 years old she is more mature than the usual pupils taken on at Chambers and confidently barges ahead, often upsetting Mel who thinks she is being too forward and disrespectful of her position. Natasha lives with Luke who adores her (not sure why), but her behaviour is very erratic. She has an interesting hobby but it’s not knitting or salsa dancing – it’s shoplifting. She got caught once and promised Luke she wouldn’t do it again, but she does, regularly.

She has another secret hobby and this one is really creepy. She has an alter-ego – Lola – who decides to stalk Mel’s son Jacob by pretending to be 20 years old and becoming friends on Facebook. Jacob has no idea who she is and things get a bit, shall we say, hot. It’s a secret Jacob has to keep from his mum as it’s all rather inappropriate and seedy.

Next on Natasha’s hit list is Mel’s glamorous mum Isabel, who used to be in a famous TV show and was quite the style icon. Natasha just happens to have been her biggest fan.

I think the worst thing about Natasha is that she doesn’t think she’s doing anything wrong. I think for her everyone is fair game and that’s what it is really – just a game. But we know things are going to turn sour and start to get really nasty. It’s often a slow burn but you will be hooked from page one.

Many thanks to @damppebbles for inviting me to part of #damppebblesblogtours

Published in digital format by Canelo on 6th August 2020

Ros Carne was born in London, and following university she worked in magazine and newspaper journalism including as a theatre critic on the Guardian. She later retrained as a barrister, practising for 13 years before moving to a university teaching job. She has two adult sons and enjoys playing the violin. Ros now lives in Somerset where she writes full time. 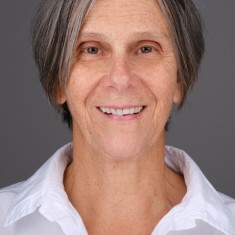