Found Her by NJ Mackay

Belle Moriarty was there one moment and gone the next. Her older sister Eve was walking her home from school when she disappeared, ten years ago. Eve has never recovered from the guilt of turning her back. But then she receives a phone call that changes everything. Belle has been found – alive. But who took her? Why did they keep her alive all these years? And now that Belle has escaped, will they try to silence her for good?

With Belle in a coma and Eve receiving increasingly terrifying threats, she must discover the kidnapper’s identity before they return to finish what they started… 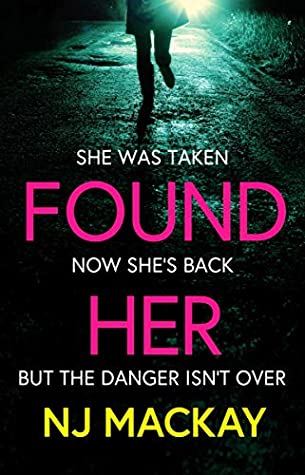 I really enjoyed this book. I know there were issues (mentioned by my fellow Pigeonhole readers) with the way the therapist behaved and particularly DI Locke who seemed a bit too involved with Eve but it is fiction after all. The depictions of the broken characters were excellent and engaging and I could really empathise with Eve (just about) even though her behaviour was shocking at times. She blames herself for her sister Belle having been taken and is intent on punishing herself for the rest of her life. If the smoking and drinking don’t kill her first that is.

The most evil character in the book is just awful – sadistic and horrible in every way but you’ll have to read it to find out more. So well written. Sometimes you forget they are not real!

It’s a highly entertaining psychological thriller which I read in 10 staves (one per day for 10 days) and I have to say that when I reached the end of Stave 9 I couldn’t wait to read the final part. Gutted I had to wait till lunchtime!

An excellent read and many thanks to the author, The Pigeonhole and my fellow Pigeons for making this such an enjoyable read.

NJ Mackay is a writer and a bookworm. She studied Performing Arts at the BRIT School. “It turned out I wasn’t very good at acting”, she says, “but quite liked writing scripts”. She went on to take a BA (Hons) in English Literature and Drama and later won a full scholarship for an MA in Journalism. 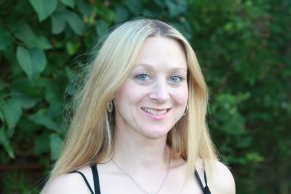